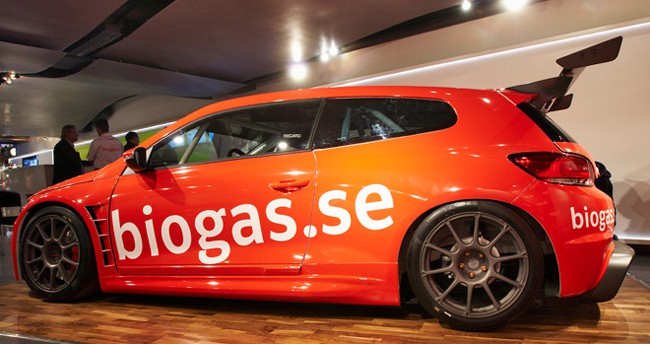 Biomethane is a renewable and alternative energy source which is produced from organic matter through the process of anaerobic or oxygen-free digestion in a reactor vessel. This organic matter is converted to a combustible gas which contains methane. The gas when produced (depending on feedstock, temperature and a range of other variables) consists of 55-75% methane and 20-45% carbon dioxide. Again, and depending on the organic matter and other processes there are also small amounts of other gases such as hydrogen sulphide, water vapour and ammonia.

In referring to Biomethane it is meant that the gas is derived from biogas but with the removal and cleaning of impurities. Biomethane typically holds 97% methane and only 2-3% carbon dioxide and has much higher energy content than biogas. The technology to purify biogas quite is expensive and is generally only economically feasible for biogas systems that generate 500kW or more.

Once biogas is upgraded to biomethane it can be injected into natural gas grids as a substitute for natural gas or can be compressed for use as a portable fuel.
By the end of 2010 there were more than 1.4 million natural gas vehicles operating in Europe including 145,000 buses and 108,000 trucks. Additionaly, there were 2,600 public and 1,100 private fuelling stations for these vehicles. Sweden is also leading the way in biomethane production with a 55% share of all gas used in vehicles followed by Switzerland with 22%.

There are different methods used to upgrade biogas to biomethane and the choice of the most economical technology is dependent on the quality and quantity of the raw biogas to be upgraded, the desired biomethane quality and of course the final use. Other considerations when selecting the correct technology to upgrade biogas is the operation of the digestion plant itself, the types and availability of the feedstock,  as well as the local circumstances at the plant location.

It is “estimated that 28EU and European succession states of the former Soviet Union could produce 250 billion standard cubic meters of biomethane from digestion in biogas plants by 2020”, The Biogas Handbook: Science, Production and Applications, Wellinger A, Murphy JP and Baxter D, IEA Bioenergy, 2012.